In Aš tip, the westernmost part of the Czech Republic, near Smrčiny Hills there lies a town of Aš (666 metres above sea level, 13,420 inhabitants). It is surrounded by the German Federal States, Saxony and Bavaria. Hill Háj (757 m) with a view tower is a popular place for walks.

he town is located in the South Silesia (the Těšín Princedom in the past), on the right embankment of the river Odra. After the Těšín area split up, it became a part of Czechoslovakia, in 1938–1939 it was Polish and later, till the end of World War II, it was a part Germany. In fact, there is a two town: (Old) Bohumín and Šunychl (Schönichl) developing wildly after Ferdinand’s North Railway was opened in 1847. In 1924, Šunychl and its neighbouring villages got the town status and changed the name to New Bohumín. Later, in 1973, it united with (Old) Bohumín, the name of which it kept. A third of the population in both the places was German, displaced after World War II. Nowadays, Bohumín has the population of about 22,700 people. 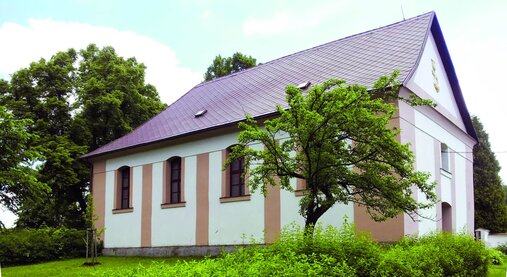 The village of Borová lies in the northern edge of the the Žďár Hills, 10 kilometres northwest of Polička at an altitude of around 600 metres. It spreads out along the Černý brook. Some of the houses in Borová have well-preserved features of peasant low houses (of so-called Polička type) where part of the house is made of wood and another is made of bricks.

These two ancient towns on the river Elbe (lying at 169 metres above sea level, with about 15,000 inhabitants) merged in one municipality in 1960. However, each of these towns has its own rich historical past and abundance of historical sights.

Brno is the second largest town in the Czech Republic, it is an administration centre of the South Moravian Region and the whole Moravia. Until the year 1945 the whole one quarter of Brno citizens were of German nationality.

Bučina is a small village in the Svitavy Upland at an altitude of 428 metres with a population of around 200 inhabitants. The whole region was once influenced by the Unity of Brethren in nearby Litomyšl and the persecution during the counter-Reformation period was particularly hard. Many of the until that time secret local Protestants joined the Reformed Confession after the declaration of the Toleration Patent. They initially met at Bureš’s farm in Bučina. They were trying to get back the local Roman Catholic Church of St. James the Greater which was allegedly Protestant in the period before the Battle of the White Mountain but their effort failed.

The municipality of Černilov which formerly belonged to the royal chamber lies near Hradec Králové. It is mentioned as a large village with a small church already in the 13th centry. It lies on the Černilov brook at an altitude of 253 metres and about 2,300 inhabitants live here. Further it was mentioned that “the soil here is heavy but fertile“. Already during the Austro-Hungarian Monarchy a special Water team was founded here to takes care of drainage of wet lands.

České Budějovice is a regional capital and at the same time the biggest town of the South Bohemian Region. It lies on the confluence of the river Vltava and Malše between the Basin of České Budějovice and the Třeboň Basin at an altitude of 381 metres above sea level and has about 96,000 inhabitants.